A native of Trinidad and Tobago, Soca Rebel started his journey into music at the young age of 11. He began by making mixed tapes (Cassettes) for his friends to give to their girlfriends which made him the “go to” guy for music. His obsession for music became apparent and it brought him to the journey of DJing and producing.

He was influenced by his family members, listening to them playing music in a small family band and watching his dad DJ at small family events created the passion he has today for music.
With his inquisitive side for the art form , he started taking apart old radios and stereos (and sometimes new ones) to create his own music system. His parents saw his potential and encouraged him to DJ at family events at the age of 14. Branching off to play in local Bars and Pubs, he knew then that this was what he wanted to do. Soca Rebel migrated to USA at the age of 19. Not forgetting his love of music, he started playing music as a Caribbean DJ as “DJ ANDY” in New York and Texas.

Growing up with influences such as Prince, Kenny Rogers, Willie Nelson, Lord Kitchener, Garnett Silk, Bob Marley and Machel Montano (just to name a few),the variety of different genres was so natural for him to mix. He realized that it didn’t matter what genre he played, as long as the crowd was moving and dancing to great music. This is where “Soca Rebel” was born. No matter what type of music he played he will always drop a Soca tune in his mix and the crowd will go wild. With his drive and knowledge of music, Soca Rebel went on to play at many events across the US (NY, PA, NJ, MI, FL, CO and TX). With his captivating sounds from Reggae, Hip Hop, Salsa, R&amp;B, Throwbacks, Top 40’s and of course Soca, he shows diversity and drive to rock a party till the sun comes up. He is known for one of his signature moves of jumping on the DJ booth and transferring an immense burst of energy to the crowd.

In 2012, “REBEL MUZIK” was founded. A small music production company where he worked with artists such as LYRIKAL, WILDFIRE, KEVON CARTER, RAGGA and much more. In 2013, Soca Rebel saw a need to do more, he joined the United States Army. Not giving up on his music career, he would DJ on an online radio station and whenever he was able to, he would play at different events while there. With his versatile experience, he did events for the US Military. He played at their Annual Ball and other functions and was dubbed their house DJ. After not being as close to music as he would normally be, his passion increased. Soca Rebel sought many different ways to express himself musically, he started branding his name Soca Rebel and launched his official website. With his capability to rock your world and his fierce determination, he recently achieved a spot in finals of the International Soca DJ competition for Trinidad &amp; Tobago Carnival 2016 where he earned the title of crowd favorite.

The Soca Rebel Mission is to DJ in every carnival across the globe; to bring his energetic and crowd pleasing live sets to all audiences; to invigorate his listeners through the magic of music. 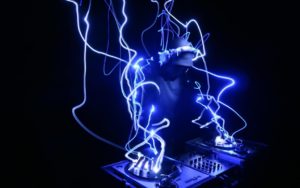